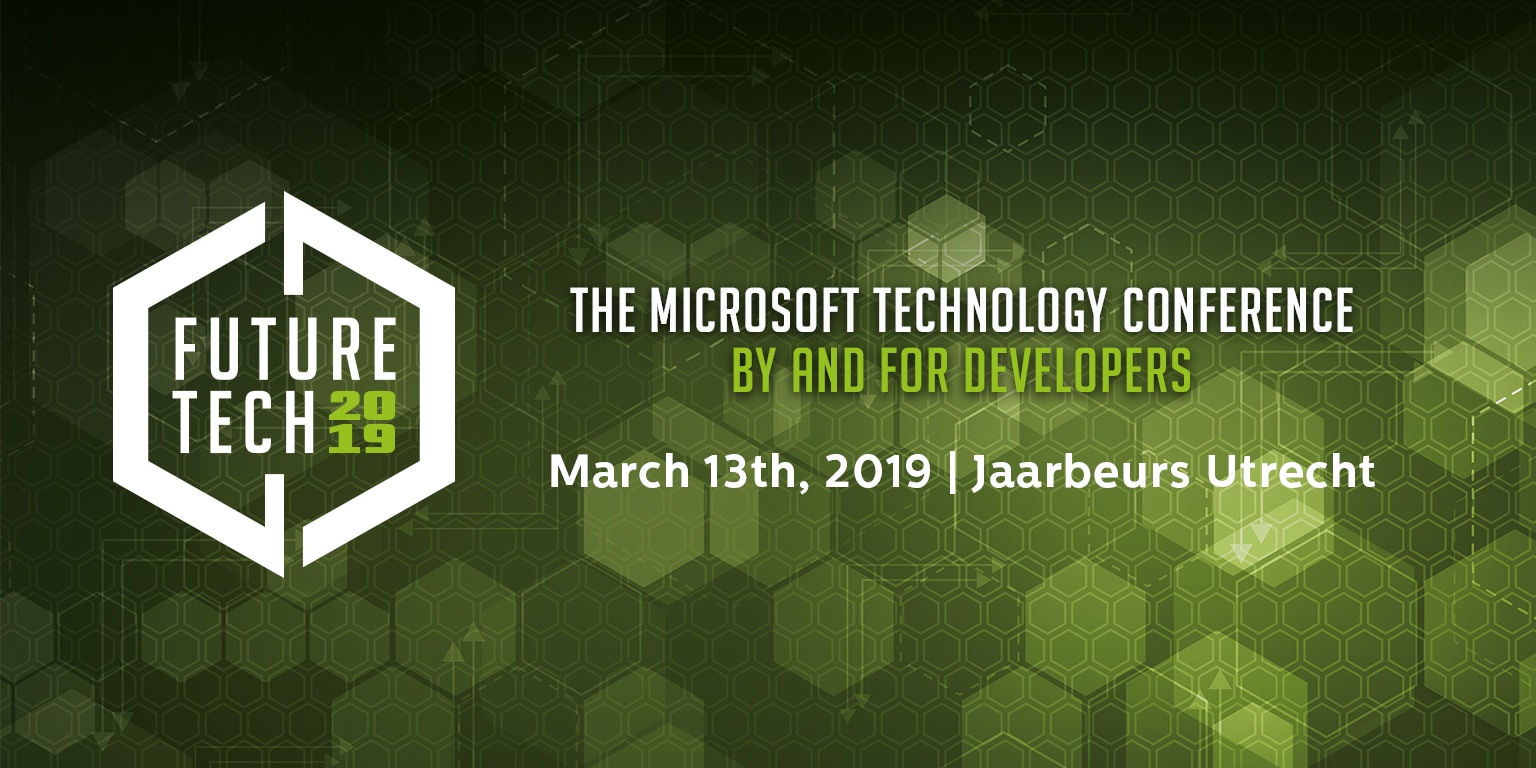 During the first edition of Future Tech 2019, Microsoft was very clear in their intention: the future is now, but you sometimes have to wait for it. People often speak about technology being at an early stage, to the extent that discussions are rather speculative fiction. At Future Tech 2019 they went out of their way to highlight new technologies that are already widely used.

A good example of this is Mixed Reality. During the international tech conference it became clear it’s one of Microsoft’s showpieces. In a deep dive about the future of MR, Microsoft explained what we can expect from the next generation of MR devices, the HoloLens 2 and the Magic Leap. We can expect better processors and more battery capacity. Moreover, the main leap forward is the improvement in Field of View and user interaction. We see that the original HoloLens has a tiny, clumsy FOV and interaction is only possible through an unintuitive movement of the fingers. However, the HoloLens 2 and the Magic Leap promise a significantly larger view. Additionally, they allow the full hand to be used. This allows you to ‘physically’ pluck Mixed Reality objects out of the air in front of you.

Unfortunately, Microsoft is clear about the fact that Mixed Reality is not (yet) intended for consumers. However, according to Saskia Groenewegen (homegrown VR/AR specialist), large companies and the government are embracing the technology. She explained how large customers like cattle farms, energy companies and the Royal Navy, are making good use of the technology. The HoloLens is being used to support technicians with repairs to engines they are not yet familiar with. This helps to educate farmers and veterinarians about their livestock. Also this allows people to send junior engineers into the field with the support of a senior engineer from the HQ directly in their field of view. VR is not lagging behind either. For example, the Royal Navy is training its sailors with the HTC Vive on ships that have not even left the dock yet.

At the Future Tech 2019 conference, it also became very clear that if Microsoft has its way, on-premise will be a thing of the past. More than half of the session featured the Azure cloud in one form or another with broad applications. This ranged from machine learning to more efficient use of computing time with .NET Durable Functions.

‘Future Tech’ often conjures up images of science fiction and vague promises of technology. It would change the world in 5 to 10 years’ time and, above all, a lot of buzzwords. However, at Microsoft Future Tech 2019, none of this was true. The sessions were informative and focused on contemporary technologies and improvements that will be released over the course of the year. The organizers of Future Tech have made an excellent first effort. Thus they have created high expectations for Future Tech 2020!

There has always been a dream to build something that’s bigger than yourself. A company by techies for techies. Not money driven but fun driven, the Greater connection is the foundation of our business.